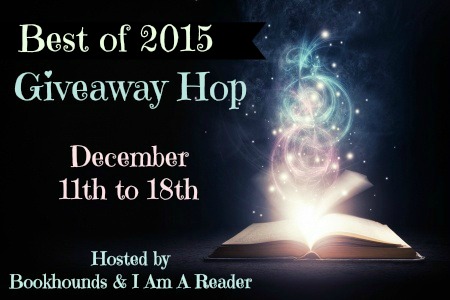 2015 is wrapping up and this was a year of so many good books!

So what do you do?

You participate in the Best of 2015 Giveaway Hop, of course!

From debuts to sequels to standalones, Rosi and I have read so many amazing books this year. However, one in particular stood out to us: it is the beautiful (both inside and out), action packed, and slightly romantic work by the always captivating and well written Leigh Bardugo:

Ketterdam: a bustling hub of international trade where anything can be had for the right price—and no one knows that better than criminal prodigy Kaz Brekker. Kaz is offered a chance at a deadly heist that could make him rich beyond his wildest dreams. But he can’t pull it off alone…

A convict with a thirst for revenge.

A sharpshooter who can’t walk away from a wager.

A runaway with a privileged past.

A spy known as the Wraith.

A Heartrender using her magic to survive the slums.

A thief with a gift for unlikely escapes.

Six dangerous outcasts. One impossible heist. Kaz’s crew is the only thing that might stand between the world and destruction—if they don’t kill each other first.

Rosi has already spent some time gushing about this book here:

However, if you need a short and to the point review instead:

To share the love, we are giving away a *SIGNED* copy of SIX OF CROWS by Leigh Bardugo to a lucky US resident!

(the signed part is by Leigh, also. Duh.)

(Sorry internationalites, but shipping out of country is quite pricey! But, stick around for some later giveaways that WILL be open internationally!)

NOTE: tweeting once a day has been turned off to comply with Bookhounds giveaway hop rules.

Disclaimer: Thank you to Bookhounds and I am a Reader for hosting this blog hop! The cover photo and synopsis are from the book’s Goodreads page.

All buy links on this site are affiliate links. This means that buying a book through a link from this site benefits us at no cost to you!
All opinions are the blogger's own. They were not influenced by monetary or other rewards.
%d bloggers like this: